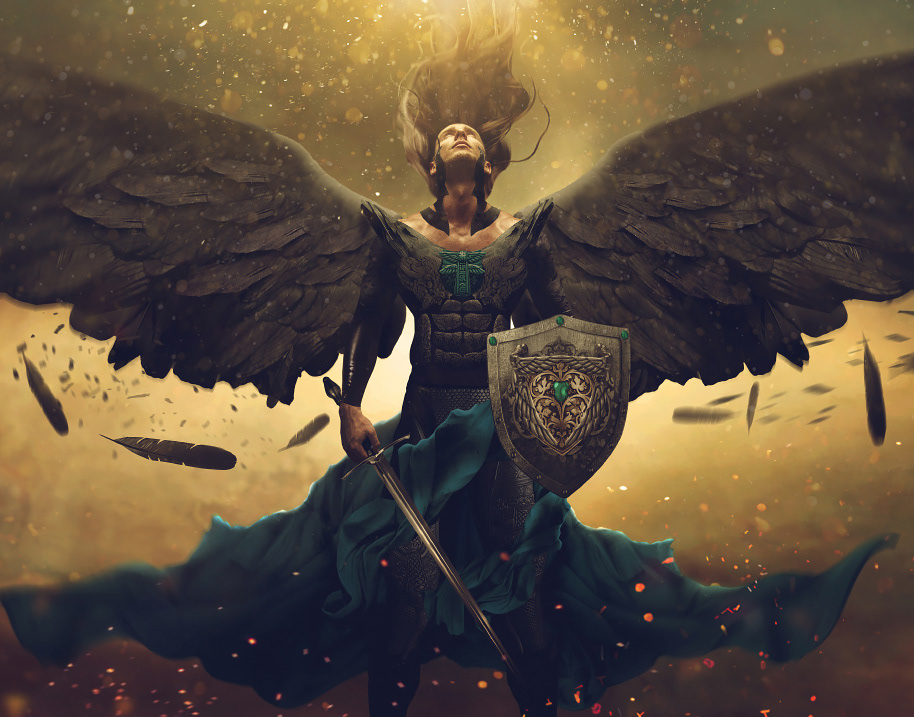 We are part of a multiverse in which our universe connected to many others, each universe has its own set of dimensions that have their own collection of realms. It is from those connected universes, dimensions and realms that the creator had choose a ruling lord and lady to rule over our universe which was being created as these divine entities werse chosen. They are the very first divine beings who made our universe their home and helped to create life with their light, energy and wisdom. This council of Archangels exist out of 33 Archangels existing out of the leader Archangel Michael, his order of seven advisors, the twelve creation archangels and those who rule over smaller yet still important parts of our universe. With that said, let me explain what this means for most of you are only aware of the seven, the twelve but never the council of 33 Archangels.

Archangel Michael, his twin brother Camael and the Archangel Anael were the very first to come to our universe. Michael shared with Camael the task to not only become the Angelic representative of the good (the one whose known by all) but also gained the task as leaders. Archangel Anael who had a similar task as the creator of nature spirits roaming within many of the realms in our universe. She is to many known as the angel who is like Shekinah the universal mother energy. Not long after these three had entered our universe the others followed in categories starting with those we now know as the twelve main Angels. These lists interestingly enough include those who had already been in our universe.

These twelve Archangels have many responsibilities you could compare to those of that of a prince or princess. They will care for the plane of existence that they reside on and answer the prayers as they travel up the heavenly hierarchy. They are the ones that will interfere with mankind’s issues and provide them with the blessings when needed but also chastise if needed. When you learn more about these Angels and what they represent you grow a understanding for the task they carry within our universe. They have the assistance of other Archangels who came to our realm and thus were not created here. These are the advisors, who function is best to compare to that of the advisors of a president. Together these celestial beings form the 33 ruling Archangels of our universe. Here is the total list: